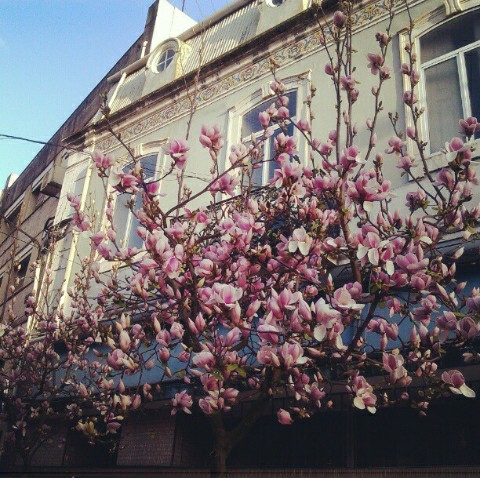 I want to fly high
Show you all the colors in the sky
Bring out that amazing smile
That makes me want to go that extra mile
Breathe, laugh and cry
Live it all out as if we could never die

I want to show you how you make me feel
This beating heart within me
Has been in and endless ordeal
You make me want to be the best I can be
Fight the world and slay dragons
Without any kind of weapons
Just cheer dreams and imagination
Just because you give me inspiration!

I don’t need knights or a prince in a dream
Just that smile that gives me light
You made my smile shine so bright
That laugh brought out best in me
With you everything seems right
There’s no day or night
It’s like I can fly
Without time or hour
You became my special power!

I’ll stay here with you
These dreams seem so far
I want to see you for what you are
Loving and caring more and more
All I ask is for you to love me too
Because it’s not a feeling you can ignore.

Trust is given, not taken
So how have stolen my heart?
It’s like just now I’ve awaken
Like we are heading for a new start
And this trust I’m giving you
Is meant to be shared as one, not two

So you can steal my heart away
Make me give up and sway
Just don’t use me for play
Forever is eternal, not just a day

I'm not always this entusiastic about a rookie group... but BAP... got my vote of trust!
Bang Yong Gook had me from moment one with his voice and live performances... "Going Crazy" with Song Ji Eun from Secret was as much a surprise as it was additive. The melody of Ji Eun's melodic voice with the husky and strong voice of Yong Gook made it really good to the ear.
Then his single with Yoseob... I mean, YoSeob is YoSeob... he's proven his value long ago along with all of the other Beast members. Mix that with Bang Yong Gook and what u have is... well, never before seen and to prove it the positive feedback and love from fans basicly speak for itself. Suddenly Bang Yong Gook was out there and people wanted more... a lot more.
He's been compared to T.O.P. of BigBang for both the similarities in their voices but also the quality. Honestly this boy started with a BANG... and not just in the name.

But then came Bang and Zelo... and another member of B.A.P. The fact that he was 15 surprised me... but his voice made it go to a second plan... the kid is good.

After all this, FINALLY, came the announcement that B.A.P. would, soon, be making a debut. The teaser was nice but I have been mislead before. Other groups whom I though I would love the songs because of the teaser, groups that are not new and with supposed good quality have disapointed me before... so... I was expectant but not trilled...
Now... along came the MV and the single... THIS! This is GOOD! I mean... Ok... I expeted some quality and all, Bang Yong Gook's single and Bang & Zelo's was nice... but THIS? This is a WHOLE NEW LEVEL...

Ok... u think i'm fangirling because I'm a fan of Yong Gook? Go listen to the WHOLE album and THEN we'll talk. I mean warrior is the shi* in cool matters... but... between Warrior and Unbreakable I don't know wich one to choose... they are really good!
Trust ME... it's on my To BUY list!
Now... enough talking. Here's the MV... listen and see for yourself... ^^

Flashing colors in this summer day

Crystal sunlight begging me to move

As the colors of the this bright world play

No matter how many worries

No matter the wounds inside

This light will clear those stories

This light won’t let you hide

With my back against the grass

I lay with face turned to the warm sun

Just dreaming of a better tomorrow

Where there are no more pains to feel

Where there is no more suffering or sorrow

Telling my heart all will be fine

Today is for dreaming

Today, as I was working, I was watching the rain outside. It was raining "cats and dogs", so to speak, but somehow I wanted to step outside.
I wanted to be under the rain and feel it on my face.
Maybe because I re-watched Goong last night but I wanted to step out in the rain, feel every drop of it, and have someone sweep me out of my feet and kiss me under that amazing rain.
Yeah, I'm an hopeless romantic. What can I do?
That kind of feeling, that kind kind of love and surprise... I want to one day be able to experience it.
But I guess this kind of thing only happen in movies!

Pretty colors and smiles
A laugh that is empty,
Out of emotions,
Full of contradictions

Wanna listen to this song until all tears have been cried...
Even thought my sadness is not because of someone who left me... it still reached my heart really deep...

Play it again, e-reader
Which book do you find yourself regularly rereading, and why?
Reply 929
hummm... Interesting question... perhaps Harry Potter or the "Saga das Pedras Mágicas" by Sandra Carvalho...
But honestly I keep reading over and over again Stephen Lawhead's The Dragon King Trilogy....

It's so great... these are the books that inspired me to be a writer. Since then I haven't stoped writing or reading! *-*

Your own toy story
Did you have a favorite stuffed animal, action figure, or doll growing up? If so, what was it and what happened to it?
Reply 568
I just LOVE stuffed animals! Have so many! *-*
My favorite was and still is:

what happened to him? Nothing! Still is on top o my bed! XD
Don't care if it's childish! I love him! ^^

Because I can’t stay
There’s nothing more to say
It’s too late
I’ve been played by fate
So goodbye
In heart there are no more tear to cry!
Collapse